She who is All; The Goddess of Ten Thousand Names

Evaki, who was sometimes represented as a bat, possessed a pot with a lid. Each morning, She would remove the lid in the East to release the sun at its’ starting point as it began its’ journey across the sky. Each evening, She would recapture the sun, place it in Her pot and replace the lid. It was She who filled the day with light and the night with darkness.

Evaki was also known to be the Goddess of Sleep and Dreams. It as she who stole the power of sleep from the lizards to share with all other living creatures. She held the power of dreams and their meanings, teaching those who would interpret them.

It is said that Evaki is the daughter of Coniraya, God of the moon, water and rain. Coniraya took the Goddess Konassa and they had several children. Legend has it that Coniraya gave his daughter, Evaki, to an Incan king in a box, which when it opened, was filled with light. This is the box that Evaki possessed throughout Her life.

Evaki was aunt to the twin heroes, Keri and Kame, sons of Her brother, Oka. It was Keri and Kame who adapted the Earth for humans to live; and it is they who taught men to hunt and to use fire.

One of the legends surrounding Evaki, is that She had chosen a young woman of the Tribe, named Aiyana, to teach her about dreams and how to interpret them.

Aiyana did not find love while she was younger, and so grew older, without husband or child. She wanted a child desperately, and so prayed to Evaki to send her a dream on how she could get the child she so wanted. Evaki went to the other Gods and Goddesses for advice, but since Aiyana was now too old to conceive, there was not much they could do for her. Because of this Evaki sent her a dream that she should travel to the river. When Aiyana arrived, she found an abandoned baby, which she took and raised as her own, naming her Ho’kee. Ho’kee grew to be so beautiful that men fought over her; her beauty was such that it started a war. Aiyana once again prayed to Evaki, who told her to take Ho’kee and hide until the fighting was over. They were taken in by a nearby peaceful tribe and lived there until Aiyana died a natural death. Ho’kee was devastated until Evaki came to her, letting her know that Aiyana was with Her and was happy.

May Evaki brighten your days and bless your nights with sweet dreams. 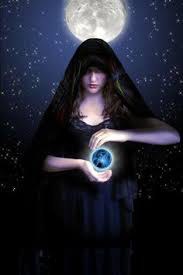